The Bell Inn is a warm family friendly pub located in the charming village of Wendens Ambo Essex situated near Audley End House and the town of Saffron Walden.

We look forward to see you soon. 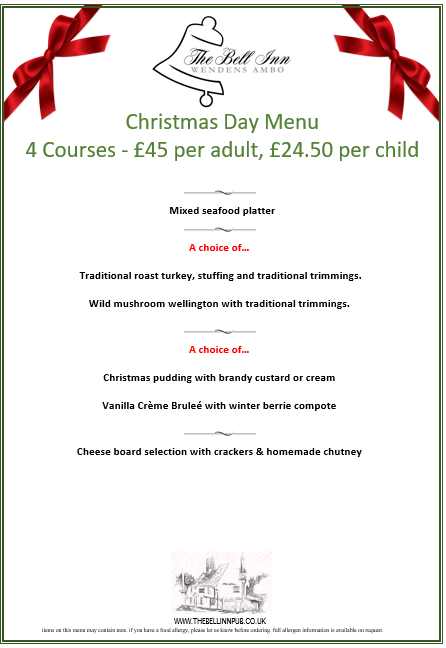 Have a look to our Christmas day menu and book your table before it´s too late! 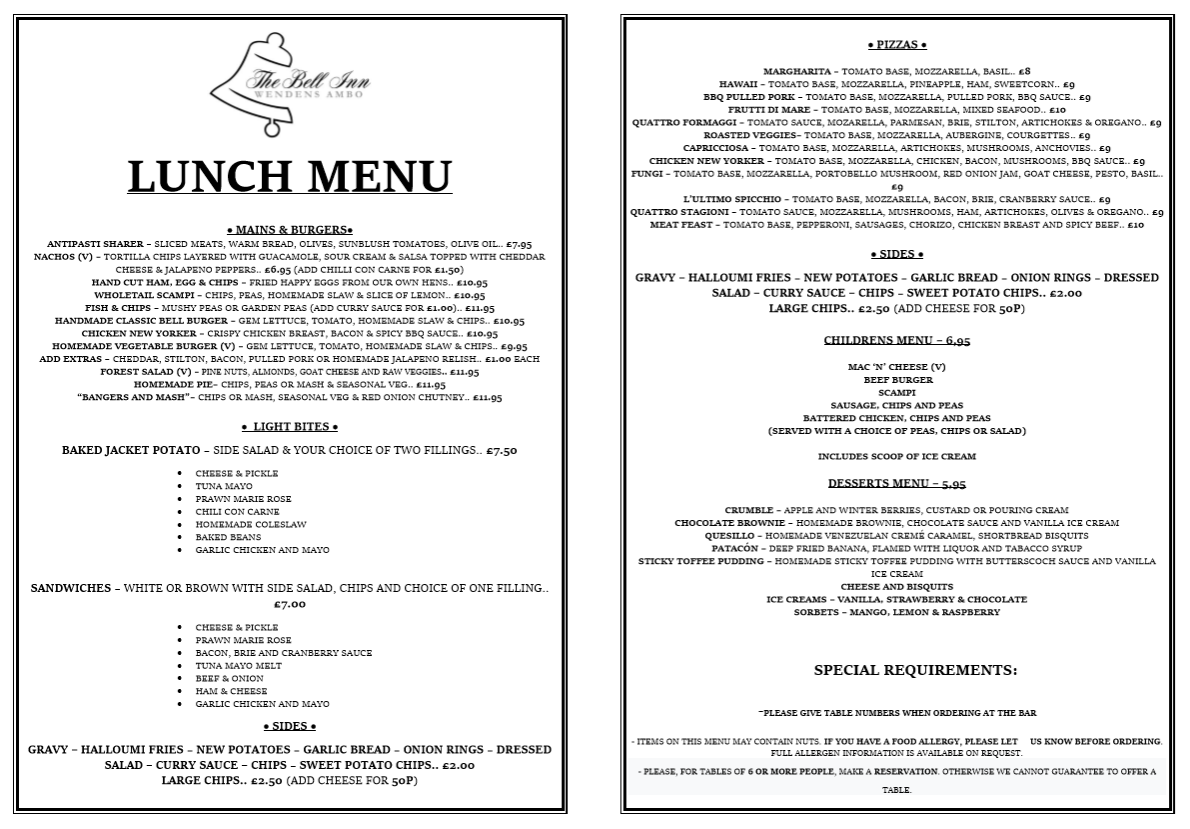 Have a look for our new menu for winter season! Also specials available 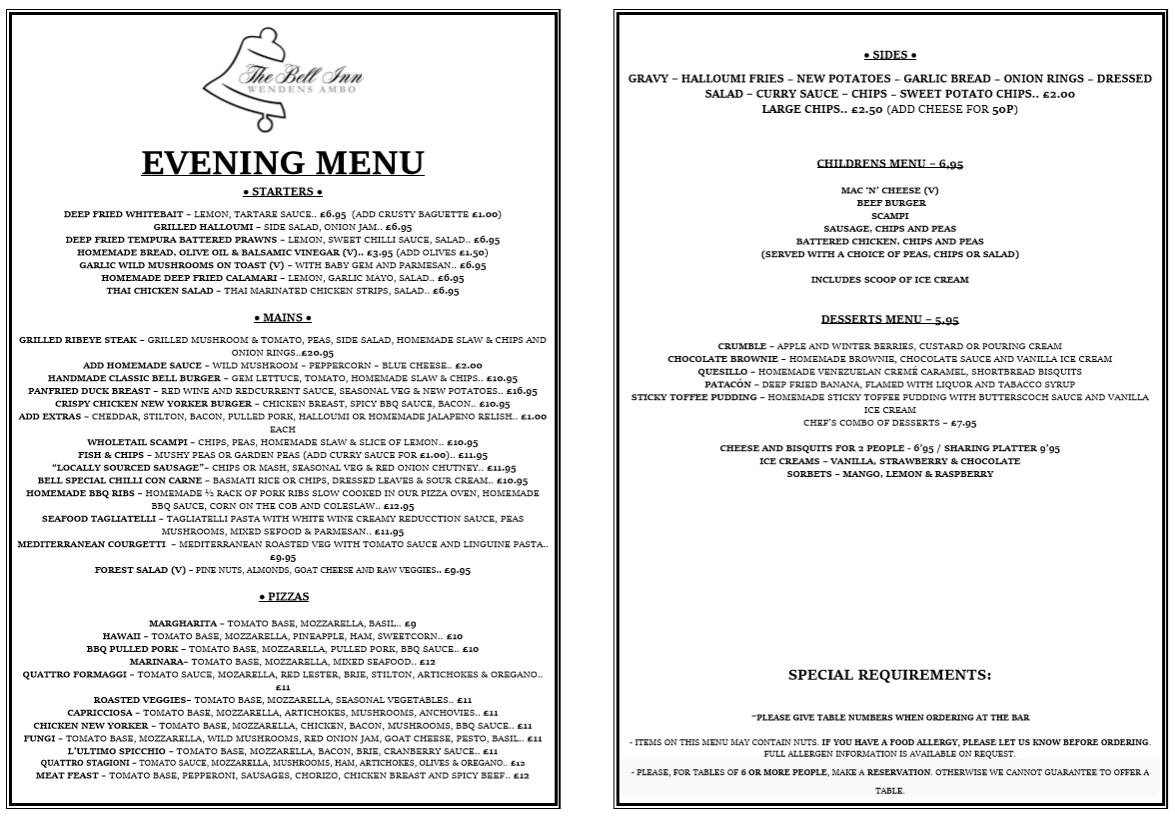 Have a look for our new menu for winter season! Also specials available

The village of Wenden Ambo takes its name from the "joining" of parishes of Wendens Parva and Wendens Magna in 1662, the resulting "Ambo" meaning "both" in latin.

First mention of this building appears in documents in 1576, when it was sold as a 40 acre farm called "Beauchamps" (with stables, barns, meadowlands, pastures and a malta house). The six pilasters on each face of the chimney stack built at this time if a fine example of Elizabethan workmanship.

In 1806 it appears as a public house when it was sold to Elizabeth Hawks of the Bishops Stortford Brewery Company who in turn sold it to Benskins Brewery of Watford in 1898. It was finally sold as a free house in 1992.

Pentaque is a form of boules where the goal is to toss or roll hollow steel balls as close as possible to a small wooden ball called a cochonnet (literally "piglet") or jack.